Open letter to the President of the European Council (Donald Tusk) 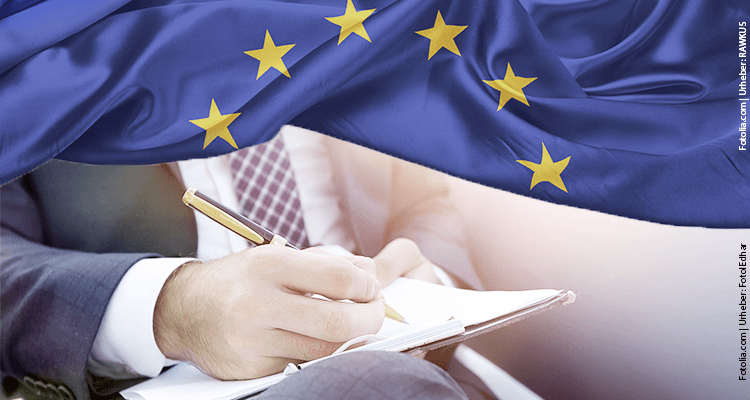 Open letter to the President of the European Council (Donald Tusk)

I am writing to you on behalf of the European Constitutional Group following its meeting in Prague on March 1-3, 2018 and subsequent communication. (list of members attached).

We last wrote to you in December 2015 when we warned against the divisions facing the Union. We made recommendations that would bring EU decision-making closer to its citizens. Since then the UK has voted in favour of leaving the Union and political debate, both within and between member states, has become even more polarized.

The subject of this letter is Brexit. We are concerned about the prospect that the EU and the UK will be unable to reach agreement later this year on the terms of their future relationship. Clearly there exist problems on the side of the British government. At the same time, there are difficulties on the side of the EU.

Apart from specific issues, there is an overarching general issue: in goods and services with the UK, it would be the first time in the history of European integration that the EU would become a champion of raising rather than lowering trading barriers vis a vis another European country. The Common Market started without common regulations of product, labour and financial markets. The EU itself introduced the principle of mutual recognition of standards. Does it really want to go backward in its history for the sake of deterring others from following the British example?

Attached therefore to this letter is a set of recommendations from ECG on the terms of separation that we believe will best serve the interests of both parties. In our view they will provide the most promising basis for a productive relationship in future. They take into account your draft guidelines of March 7, 2018. They also refer back to the Decision of the European Council of Feb.19 2016 (EUCO 1/16) on the terms of a new settlement with the UK which ceased to be valid when the UK decided to leave the Union. We have written separately to Commission President Juncker on monetary union.

Finally, we wish to reiterate our view, stated in our previous letter to you and reflected in our 1993 constitutional proposals that the EU needs to reconsider its own institutional structures. They are themselves in large part responsible for the stresses we see within the Union. We fully understand the defensiveness towards preserving the EU and its institutions reflected in your draft guidelines (para.6 subpara. 3). At the same time there must be a willingness to reform and also to consider innovative arrangements with the UK that address the particularities of the new relationship.

I would be pleased to meet with you and your staff at any time at your convenience in order to discuss this letter and its implications.

On behalf of ECG,

The terms of the future relationship between the UK and the EU.

Under the terms of separation currently envisaged by the UK government the UK will move outside the Single Market and the Customs Area. Taking account of this position, the general response of the EU should not be to resurrect trade barriers or look to impose common regulatory standards but instead look to maintain cooperation on shared European public and common goods including the rule of law and freedom in social and economic life. The following more specific guidelines should apply to the EU’s negotiating position:

We welcome your aim that trade in goods should not be subject to tariff barriers or quantitative restrictions between the EU and UK post Brexit. (Guidelines 7.i) Both sides will be damaged by tariffs. They would run counter to the European Council Declaration on Competitiveness.(EUCO 1/16. Annex III). They would add to current fears of international tariff wars sparked by the US.

The Council Declaration on Competitiveness referred to the need to avoid administrative burdens on businesses, including small and medium sized businesses, and emphasized ‘the importance of a strong, rules-based multilateral trading system and the need to conclude ambitious bilateral trade and investment agreements with third countries, in a spirit of reciprocity and mutual benefit’. This argues for a general policy of mutual recognition of trading standards between the UK and EU based on a framework for ‘voluntary regulatory cooperation’. (Guidelines para. 7iii).

The EU, including members of the Eurozone, benefits from London as the most comprehensive international centre for financial transactions in the EU. In advancing measures for capital markets union, the EU should not retreat to territorially based regulation that will raise costs for its members. The EU and UK should look for agreement, both now and in the future, based on the mutual recognition of standards derived from internationally agreed principles in forums such as the G7, G20 and the Basel institutions. Internationally agreed measures adopted in the aftermath of the 2007/8 financial crisis are ripe for review. The UK and EU should work together on this review.

Trade in other services.

Cooperation in respect of public goods.

The conclusions adopted by the European Council at its meeting of Feb 18/19 2016 recognized that Art. 4 (2) of the Treaty on European Union confirms that national security remains the sole responsibility of each member state. At the same time it recognized the benefits of collective action on issues affecting the security of member states. The essential issue here is that a number of member states are ‘free riding’ for their security on the backs of NATO and the US umbrella. In addition, ‘coalitions of the willing’ may be needed to tackle out of area developments with implications for the EU and UK such as in the Sub-Sahara. Against this background the EU and UK must continue the closest possible cooperation on defence and security arrangements after Brexit (as envisaged in your guidelines para.10.ii) at the same time as respecting their commitments to NATO.

There are a number of areas of policy that involve goods that are ‘common’ to the EU and UK. These include notably, fisheries policy and environmental policy more generally. Again it makes sense for the UK and the EU to find means of cooperation so that any ‘negative externalities’ of different policies can be mitigated and avoided.

The movement of people.

In respect of restrictions on the movement of people, the EU and UK should look to establish a system of visa free travel for visits of short duration by citizens and, in order to ease border crossing, a program equivalent to the ‘global entry’ or ‘trusted traveller’ programs used by the US.

Any disputes or questions of interpretation arising from the new arrangement between the EU and UK after Brexit cannot in general be adjudicated by the ECJ. Instead, different disputes settlement arrangements will need to be designed for different areas in addition to a tribunal for general matters. In some specific areas the ECJ may have a continuing and recognized role as an interested party to a dispute. An agreement based on establishing a policy of comity between the ECJ and the UK’s Supreme Court would allow each to take account of, or even to defer in some instances, to the jurisprudence of the other.

Areas where tailored disputes resolution mechanisms need to be established include;

Where standards in respect of trade in goods and services diverge over time in ways that endanger a general policy of mutual recognition.

Where internationally agreed principles in respect of financial services lead to large divergences in practice, or where the application of the EU’s common rule book in relation to banking and capital markets union leads to friction between regulators in the UK and EU;

In respect of cooperation agreements with significant extra territorial elements, such as for example aviation, or in areas with implications for civil liberties such as police and anti-terrorism;

Where UK policies to control immigration from the EU and to restrict access to social benefits appear disproportionate to the aims pursued by the UK.

In our view the EU must take decisive steps to avoid the centralising dynamic in EU decision making that in our view risks provoking further exits. Our 1993 ‘A Proposal for a Constitution for Europe’ still provides a more sustainable basis for the development of the European Union. The EU 27 took an encouraging first step in this direction with the mutually agreed conclusions of EUCO 1/16 respecting the rights of countries which do not want to pursue deepening integration. Its recognition that references in the Treaties and Preambles to ever closer union ‘do not offer a legal basis for extending the scope of any provision of the Treaties or of EU secondary legislation’ (EUCO 1/16 section C) provides a realistic starting point for institutional reform. The same section allows for the development of a ‘red card’ system between national parliaments and the Council which we believe should now be followed up and put into practice.

There are additional reforms in our 1993 Proposal that we believe should also be considered. We suggest that a group, independent of existing EU institutions, should be established under the auspices of COSAC to explore options that include for example the transfer of the right of initiative from the Commission to the Council and a different legal structure. 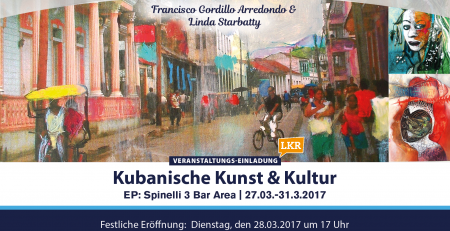 The exhibition will exhibit Cuban culture in form of paintings, landscapes (panels) made of tropical Cuban wood, collages of... read more 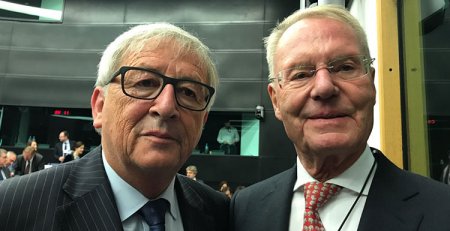 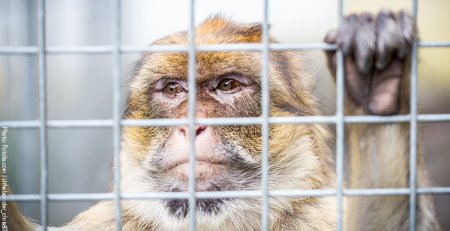 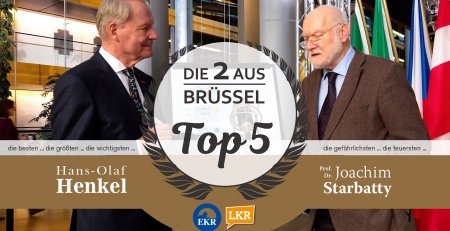 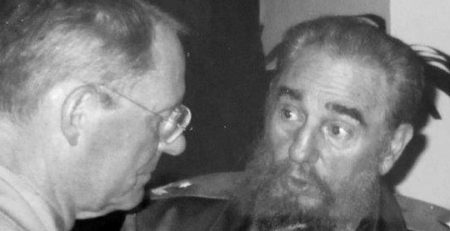 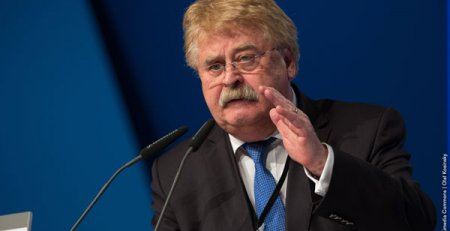 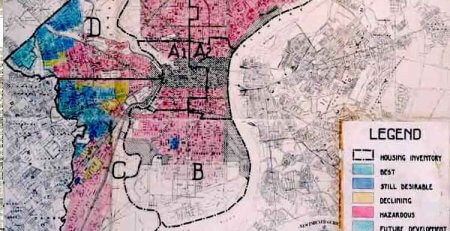 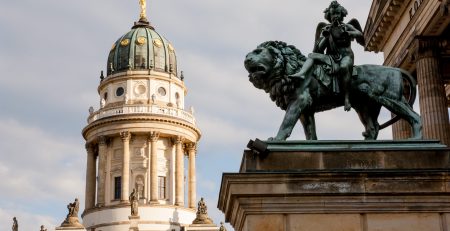